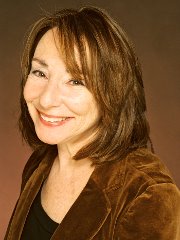 Jean Pfaelzer is Professor of English, Women and Gender Studies, and Asian Studies at the University of Delaware. She is the author of Driven Out: The Forgotten War Against Chinese Americans, which was named one of the 100 notable books of the year by the New York Times. She is also on the Scholars Council of the National Women’s History Museum and was a consultant on the “1882 Project”, a Congressional resolution which passed the US Senate and House of Representative in spring 2012 to acknowledge the history of anti-Chinese legislation. Jean is currently on the team curating the exhibit “I Want the Wide American Earth: An Asian Pacific American Story” for the Smithsonian Museum of American History.

Jean received her Ph.D. from University College, London, Graduate Certificate in Politics and Culture from Cambridge University and B.A. and M.A. from Univ. California, Berkeley. She has served as Chair of the International Women’s Task Force, on the International Committee of ASA, and the Women’s Committee of American Studies Association. She has served as the Executive Director of the National Labor Law Center, and as Senior Legislative Analyst for Hon. Frank McCloskey, US House of Representatives, on issues of immigration, labor, and women. She won the UDEL Mortarboard Award for Outstanding Teacher of the Year.